Certain dogs are known by a very distinct feature and the Afghan Hound is certainly one with its coat of hair. The following Afghan Hound breed information goes beyond that beautiful hair to give you an idea of what this breed is all about.

Prefer to just find the perfect dog for your personal situation? Try our free "Find Your Best Friend" App on our puppies for sale page to get personalized suggestions. Now onto the Afghans.

The proud Afghan Hound has a life expectancy of 12 to 14 years.

The Afghan Hound is an ancient breed developed in Afghanistan for hunting large, wild game. The true origins of the Afghan Hound are a mystery, but some believe they actually descended from dogs living in Egypt or Asia.

The Afghan Hound has a thick, but fine coat that tangles easily. The Afghan Hound should be brushed daily and bathed every two weeks.  Like all dogs, the Afghan Hound requires basic grooming. Brush their teeth, clean their ears and trim their nails on a regular basis.

The Afghan Hound is self-assured and distinguished.

As part of their training, the Afghan Hound also requires early socialization. They can be standoffish with new people and should have exposure to lots of different people to help them become more sociable.

Inside the home, the Afghan Hound is fairly laidback. However, they are natural runners and need a secure space outside to move around. They also need a daily walk and, of course, can make good jogging partners. 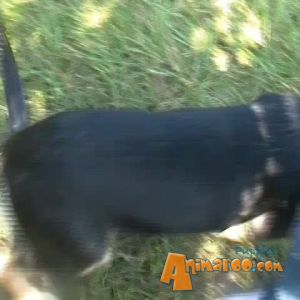