The Norwegian Elkhound has a life expectancy of 13 to 15 years.

Origin
The Norwegian Elkhound hails from Scandinavia and is believed to have existed as far back as 5000 B.C. The Norwegian Elkhound was prized by the Vikings and used to hunt large game, guard property and people, and serve as a companion. The breed was adept at working along the rough, icy terrain of Northern Europe and is still seen hunting moose in Norway today.

Like all dogs, the Norwegian Elkhound also needs basic grooming. Brush their teeth, clean their ears and trim their nails on a regular basis.

Character
The Norwegian Elkhound is good-natured and lively.

Norwegian Elkhounds are friendly to almost all they meet and can get along quite well with children, especially if they are raised with them. However, they are known for being quite rambunctious and vigorous playmates. Therefore, they tend to do best with older children that can withstand their boisterous nature.

Training Needs
The Norwegian Elkhound was bred to be an independent thinker and is not naturally obedient. They can be strong willed and respond best to short, varied training sessions along with positive reinforcement. Norwegian Elkhounds are as sensitive as they are stubborn, taking both praise and discipline equally to heart. They are intelligent and will learn, but require patient, consistent training.

As part of their training, the Norwegian Elkhound also needs early socialization. They can be wary of new people if not well socialized and trained.

Activity Level
The Norwegian Elkhound is a hunting dog and therefore very energetic and athletic. They love running around outside and, if not used for hunting, Norwegian Elkhounds need regular time in a secure yard for stretching their legs and playing. They also need long daily walks and can make good partners for jogging, biking and hiking. Regular activity is important for this breed or they can act out and become destructive. 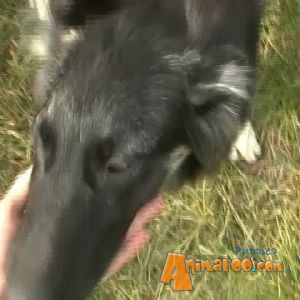