Air Canada has issued an apology to an Alberta soldier with post-traumatic stress disorder who wanted to fly with her service dog, a pug–schnauzer–terrier named Snoopy. Sgt. Shirley Jew said the airline told her Snoopy would have to travel as a pet for a $50 fee.

Sgt. Jew says, “It was a slap in the face. I never thought I would be treated like a third-class citizen like I was with them.”

Air Canada allows trained service animals for customers with disabilities if they are confirmed by a doctor’s note. The company issued a statement sayin 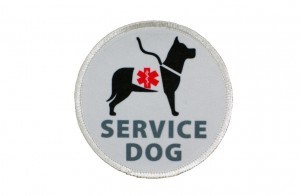 g the airline does not recognize PTSD as a disability that requires a service dog, but also apologized.

Jew, 48, is based at the 4 Wing base in Cold Lake, northwest of Edmonton, and was diagnosed with PTSD in 2012, after serving three tours of duty overseas. She got Snoopy last spring to calm her down when she gets anxious or angry. If Jew gets restless while sleeping, Snoopy will wake her before it becomes a nightmare.

Jew believes the public needs to be educated about PTSD. “People think, Oh, she’s your pet! No, no. She keeps me so that I can actually function semi-normal in society. [PTSD] is a huge stigma. The only way people are going to understand what soldiers go through is to sit and talk to us. I don’t want you to treat me like I’m special or I’m a superstar. I just want to get on the plane.”