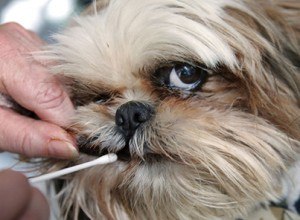 First there were speed guns tagging drivers who pushed limits. Next, traffic cams identified motorists who believed a yellow light means beat the red. Now there is DNA testing to identify whether a particular Bichon Frise or Irish Wolfhound left that gift on the lawn.

While some might question whether we are using technology to its full potential, apartment complex managers and homeowners’ association are thrilled to have a tool to nab irresponsible and inconsiderate dog owning tenants.

Steve Heldenbrand, a maintenance supervisor for a Chicago-area apartment complex, doesn’t understand why people refuse to clean up after their dogs. With the help of DNA testing, he says tenants know they can’t leave “gifts” without suffering the consequences.

Cataloguing pet DNA to protect lawns everywhere is becoming a cottage industry for PooPrints, which was established by BioPet Vet Lab. After hiring PooPrints, an apartment complex will require pet owners to provide dog DNA via mouth swabs. PooPrints then sends the DNA swab to a lab in Knoxville, TN, that stores it in a database. If any dog droppings are found on the complex ground, a small sample is sent to the lab for identification. Mike Stone, PooPrints’ Chicago distributor believes that DNA is evidence that enforces accountability.

In just three years, PooPrints has expanded to 45 states. Their biggest markets are Miami, Minneapolis, Dallas, and North Carolina. The DNA collection kit costs $40, which is passed along with tenants and homeowners. The cost to analyze the waste sample is another $60, plus an additional $15 for a vial containing a special solution.

The University of California at Davis School of Veterinary Medicine also does DNA dog waste testing and as more communities take aim at lazy owners, the number of companies providing the service is likely to increase.