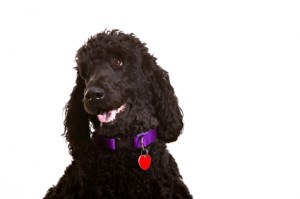 Scientists and federal officials are still searching for the source of reported illnesses associated with chicken, duck, and sweet potato jerky treats manufactured in China. Close to 600 pets in the United States have died and more than 3,500 have been made sick since 2007 after eating the popular and ubiquitous treats. Dogs as large Bullmastiffs and as small as Lhasa Apso have been affected and a handful of cats have also been reported sickened.

In a recently released report by the Food and Drug Administration, Martine Hartogensis, a deputy director for the FDA’s Center for Veterinary Medicine, says, “To date, testing for contaminants in jerky treats has not revealed a cause for the illnesses. Despite these warnings, we have continued to receive reports of illnesses in both cats and dogs. Right now, the focus for us is to make the public aware that these cases are still coming in,”

Since news of the mysterious rash of gastrointestinal illnesses and kidney malfunction, including Fanconi syndrome, first became public, the number of reported casualties has dropped. However, officials suspect that is because fewer pet owners are buying the treats. In addition, several companies selling jerky treats announced after discovering unapproved antibiotic residue in the products, including Nestle Purina (Waggin’ Train and Canyon Creek Ranch treats) and Del Monte (Milo’s Kitchen Chicken Jerky and Chicken Grillers).

However, FDA officials do not think that antibiotic residue is the culprit. They are asking for help from veterinarians and owners to help identify the cause by sending blood and urine test results from animals affected by the tainted treats.

Hartogensis explains, “We still are extensively testing treats for a number of things. We do seem to be getting some leads, but we still have a little bit of a ways to go.”

Veterinary clinical pathologist Kendal Harr says the difficulty finding the reason is its own clue. “I think that what it tells us is that the intoxicant is something that we’re not used to dealing with as a toxin in North America.”