Dogs currently work as police personnel, serve in the military, ferret out bombs and contraband for Customs and TSA, and guard businesses all across the United States. German Shepherds and Rottweilers often fill the role, so why not let dogs help make schools safer from potential gun violence? 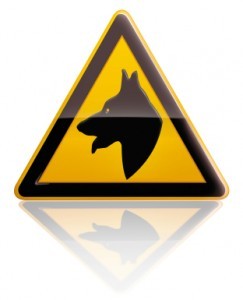 believe dogs can give school children as much, if not more, security than alarms or armed guards. For example, Mark Gomer’s dog training company has provided a gun and drug-detecting dog to Oak Hills High School in Ohio. Kristi Schiller is establishing a non-profit in Houston that will provide trained dogs free of charge. While the concept is new, considering dogs’ proven track record as protectors, it seems an idea worth pursuing.

Gomer, owner of American Success Dog Training, donated a year-old Dutch shepherd named Atticus. He trained at the school to get used to the sights and sounds of a bustling high school before starting his job as a four-legged patrol monitor. Gomer got the idea after the Sandy Hook elementary school tragedy in Newtown, Connecticut, last December.

Atticus cost the school $10,000. Teachers, parents, and school district officials believe it is a justifiable expense. Atticus accompanies the school’s two security guards while patrolling the halls and lives with Principal John Stoddard at night.

Schiller is hoping her non-profit will enable schools without deep pockets have the security of a trained dog at no cost through her K9s4KIDs initiative. Her other non-profit, K9s4COPs has placed more than 60 dogs with police forces in three years. Buying and training a safety dog costs between $10,000 and $15,000. It will be up to the individual school to choose a handler for the dog, decide what exactly they will search for, and how food, lodging, and medical care will be provided.

Schiller notes that the dogs are incredibly social while being qualified warriors. They are accustomed to charging the source of threat, including a shooter, and disengaging someone with a weapon.

Concerns that the dogs would be a distraction or cause allergies seem unwarranted to Gomer. He assures that if a child is allergic or afraid of the dog, it will know to steer clear.

The Harris Count constable’s deputy, Ted Dahlin says that there are so many things these dogs can do anyone considering making trouble with a school is most likely to avoid one that has a safety dog.