People representing both sides of the hot-button issue attended a recent County Commission meeting. I 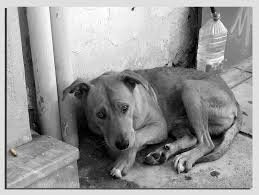 t was decided to have the county attorney provide a legal analysis of the proposed law banning the pet sales. The report is due within 60 days.

The owner of Puppy Town went on record saying they do not buy from puppy mills. But attorney Jaime Del Castillo presented records showing a shipment of 30 dogs imported to Puppy Town and pictures of a puppy mill allegedly used by Puppy Town that shows dogs housed in dirty, dangerous cages. Puppy mills commonly focus on producing Dachshund puppies, Golden Retriever puppies and Rottweiler puppies among other breeds.

Commissioner Charles Hines said he wanted to see a report by an impartial party since the issue is so volatile. Commission Chairwoman Carolyn Mason adds, “Nobody wants to see dogs from puppy mills.” A lack of resources makes it difficult if not impossible for county officials to inspect breeders across the country.

Pet shop owners say a law prohibiting puppy sales will unfairly hurt their business, or even force them to close.

Sarasota lawyer Elliott Metcalfe asked the commission to help increase awareness of the issue. “If you’ve ever been to a puppy mill, you would never buy a puppy from a pet store, quite frankly. It’s disgusting.”

Currently, there is no state legislation in Florida regarding puppy mills, forcing individual counties to regulate the issue. 10 Florida communities have passed ordinances similar to the one being proposed in Sarasota—not to shut down pet stores but to send a message to puppy mills.

New Legislation in Amherst Will Crack Down on Puppy Mills