“A puppy will destroy everything you love.”

Those were the words of wisdom given to me before purchasing my first purebred puppy. 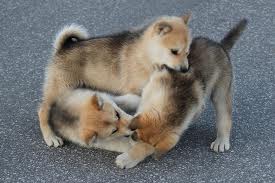 Everyone knows that puppies chew, chew and chew some more. It doesn’t matter if we are talking about a cute little French Bulldog or a big old Newfoundland. That’s just common knowledge for any dog owner no matter how new they are to the puppy parent game. But nothing could prepare a couple in South Yorkshire, England for the explosive destruction their newest puppy Zeus would cause.

Left to his own devices while the couple was out, their puppy Zeus found and chewed through a can of spray deodorant.  The gasses released from the can wafted into the kitchen. You can see where this is headed. The pilot light on the stove eventually was bumped into by the cloud of gas and, well, it got ugly pretty quickly. Floorboards were blown out, windows were broken and a fire broke out.

A neighbor texted the couple that had just left the house only ten minutes prior informing them of the explosion in the house. They rushed home, worried about their three dogs and three cats left at home.

Unbelievably, all the pets were found unharmed. The house, on the other hand, didn’t fare as well. There was damage to a couch and the fireplace. A large window was also destroyed.

The couple initially believed it had to have been a gas leak. After further investigation the truth was discovered when they found the can near the center of the fire and boiler.

While we are relieved the couple and their pets are safe, we think this incident serves as a great reminder of how important it is to puppy proof your house. Plus, we have a feeling Zeus received more then a few “bad dog” commands!