You've decided to get a dog. Now you just have one question. Where do you start? There are a huge number of different breeds, so the best approach is to start by looking at the different breed groups. Only then should you look at specific breeds.
Groups
The canine world is a bit unique because it is highly controlled by breeding practices. Certain types of dogs are bred to emphasize intelligence while other dogs, for instance, might be bred to emphasize bonding. The characteristics of each breed group are usually so strong that you can easily identify which one has the traits you are looking for in a dog. If you live in an apartment and are looking for an affectionate dog, you probably want to avoid the guard dog breed group. With this in mind, let's take a look at the major breed groups most people select dogs from.
Companion Dogs
Companion dogs tend to be the smaller breeds. These dogs stay in the house and bond closely to their owners. They have lots of energy and personality, but can also be a bit needy. They are often very popular dogs with celebrities, empty nesters 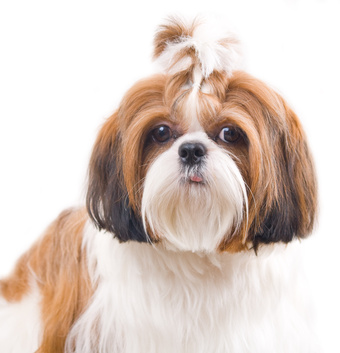 and people living in small living areas such as studios or apartments.
You might be surprised to learn many of these dogs were historically trained to be hunters. Many still retain their hunting instincts and are rather brave despite their small stature. The result is they function as a great guard dog for your home. While they will not run off an intruder, they will make a huge racket and that is often just as good.
Common companion breeds include:

The ideal owner of a companion dog is someone who is looking for an affectionate dog that will be with them constantly and enjoys having an indoor dog. This is not a dog to be left in the backyard.
Terriers
Terriers come to us from the United Kingdom. They tend to be smaller dogs with lots of energy, personality and toughness. These pups are not as needy and affectionate as companion dogs because these pups were bred to hunt vermin. They were particularly adept at going down into the holes and tunnels of rats, snakes, mice and other animals to either kill the pests or flush them out of the hole so the dog owner could kill them.
Should you be worried about a terrier attacking you or becoming aggressive? No. There can be issues with any cats you own. These usually resolve after the pup gets a couple of swipes on the nose.
One area that can be a bit of an issue with terriers is digging. These pups will dig. If they find a hole in your backyard, there is a good chance they will dig down into it looking for the gophers or other animal using the hole. The digging trait can be trained out of the dog, but people with immaculate landscaping should take note.
Common Terrier breeds include:

The ideal owner of a terrier is a person looking for a small dog that is a good companion, but more independent than the typical companion dog. If you prefer a small dog that has plenty of traditional "dog" in it, then a terrier may be the breed group you want to investigate.
Guardian Dogs
Do certain dog breeds seem to be fierce and, between you and me, a bit scary? Shall we say the Rottweiler or Doberman Pinscher? If you get this impression, the good news is there is a happy breeder in Germany somewhere because these are the 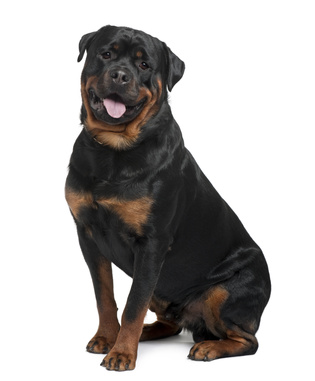 exact traits this breed group is supposed to have. The group is collectively known as guardian dogs.
Why guard dogs? Well, consider the story of the Doberman Pinscher. This breed was created by an amateur breeder named Dobermann. He was a tax collector and was given a route in a very bad part of a city in Germany. To protect himself, he created the dog that carries his name to guard him while on his route. True story.
Historically, most guard dogs were bred to protect livestock. Certain breeds were also turned into police and military dogs. They are still used for such purposes. A guard dog was even included in the raid on Osama bin Laden.
Does this mean guard dogs don't make good family dogs? Not at all. They can be great pups. It is just important to socialize and train them as early as possible so they understand what is and is not a threat.
Common guardian dog breeds include:

The ideal owner of a guard dog is an alpha personality. It is often also a good idea to have owned a dog previously. Discipline is important with this dog as well, so make sure you and everyone in your family can maintain it with the dog.
Hunting Dogs
Hunting dogs are also referred to as gun dogs. Hunting dogs are also the most popular breeds for families in the world.
As the group name suggests, these pups were bred to help hunters. The dogs were tasked with flushing out game and retrieving the targets after the hunter had targeted them. These dogs tend to have tons of energy and make for great hiking companions.
What? You don't hunt? Relax. The character traits associated with hunting dogs also make them great family pets. These dogs tend to be smart, well socialized, affectionate and loving.
Common hunting dog breeds include:

The important thing to keep in mind with these dogs is their energy level. They have very high energy level as pups, but mellow over time. This high energy level, however, can be a problem if you are unprepared for it. The dog can become destructive out of sheer boredom and too much energy, so it must be given plenty of attention and play time particularly as a puppy. A daily walk is an absolute must and a run in the local dog park would be even better. If you live in an apartment alone and work long hours, don't buy a hunting dog. You will both be miserable.
The ideal owner of a hunting dog is an owner who is active and has plenty of time for the pup. The good news is the pup will slow down as it ages, so the attention requirements are reduced over time.
Herding Dogs
Herding dogs are highly intelligent with lots of energy. As the name suggests, these dogs were bred to herd livestock in ancient times and are still used for this purpose to this very day. One legendary example of this instinct was found in a video posted on YouTube of an Australian Shepherd herding six Rottweilers at a camping ground in Mexico about 10 years ago. The video is now down, but the Rottweilers had no idea what had hit them!
Of course, there is a downside to this type of conduct. You should only consider one of the herding dog breeds if you have the time and energy to keep them busy mentally and physically. This is not an apartment dog or a pup to leave in the backyard. You need to be taking the dog for a run every day, playing catch with it and keeping it mentally stimulated. Failure to do so will inevitably lead to the dog becoming destructive and depressed.
Common herding breeds include:

The ideal owner of a herding dog is someone who is active and likes to be outside. This is a dog that needs a good bit of mental stimulus, so it takes well to tricks and other complicated tasks.
Spitz Dogs
Spitz dogs are also known as cold climate dogs. These are breeds created to live and work in arctic type conditions. Many people purchase these pups for one simple reason – they are incredibly beautiful dogs. This is particularly true when the dogs 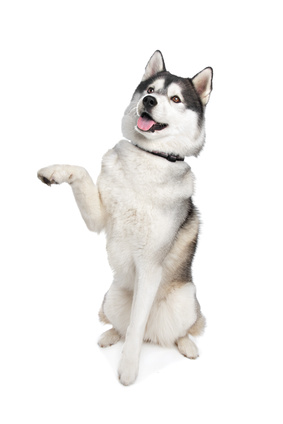 are puppies.
Unfortunately, buying a dog purely for its appearance is a really bad idea. This is particularly true with Spitz breeds, which have very distinct character traits that might not mesh with your idea of a family dog.
To be blunt, you need to think twice about picking up one of these dogs as a family pet. They are bred to be out in wide open spaces and to work. This means urban life is alien to them. Think about it for a second. When you see Huskies on television, what are they usually doing? They are pulling a sled!
The truth is most Spitz dogs do not bond well with their owners. This is not a cuddly dog in most cases. It is happy being out and about. Stick it in your house or backyard to just lazy about and you are going to have issues.
A second potential major problem is summer heat. Certain Spitz breeds do not handle heat well at all because their body is simply not bred to do so. Shaving their coat does not help since dogs do not sweat through their skin. If you buy one of these larger pups, make sure the dog will be kept cool in the hot summer months or heatstroke and death is a real possibility.
Common Spitz breeds include the:

The ideal owner of a Spitz breed is someone who lives in colder climates in a rural setting. While these dogs can survive in an urban environment, you need to think about there quality of life before subjecting them to it. These breeds should never be kept in an apartment.
Your Selection
As you can see, there are significant differences between the various breed groups. To find the perfect dog for your lifestyle and living situation, identify the traits you are after in a pup and then pick the breed that evidences those traits.