An epidemic of animal cruelty incidents in the Louisville, Kentucky, area has prompted the American Society for the Prevention of Cruelty to Animals (ASPCA) to partner with Louisville Metro Animal Services to train law enforcement agents, animal control officers, and prosecutors how to investigate organized animal blood sports such as pit bull dog fights. 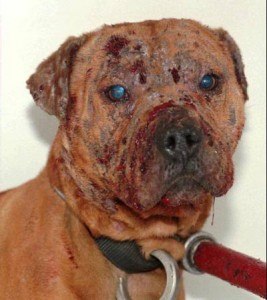 Most of the fighting dogs found have been dumped. They will have bite scars and are often in bad condition. Dog fighting is a felony, punishable by up to five years in jail. The issue lies with prosecution. The participants learn how to evade law enforcement and get harder to catch every time action is taken.

According to the ASPCA, “Dog fighting is often linked to other crimes involving drugs, weapons, and parole violations. Estimates suggest that the number of people involved in dog fighting in the United States is in the tens of thousands. And one in every 10 Americans suspects that someone they know is involved in organized animal fighting.”