Tired of walking around and seeing dog waste not left on the ground by dog owners who don’t care to clean up after their dog? The people of Ipswich, Massachusetts certainly are. They are now throwing around the idea of 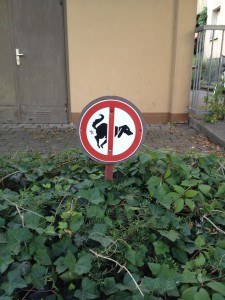 using DNA testing to determine which wayward poop belongs to which dog owner. Once identified, the owner will be placed in locks in the town square and flogged. Okay, probably not. The owner will, however, be fined by the city for failing to clean up after the pup in question.

Believe it or not, there is a company that actually offers the DNA dog poop matching service. Ah, capitalism! The company is known as PooPrints. It will DNA test each dog in the town for $35 to create a database of all the dogs. When waste is found, the city can send it in for testing for a fee of $75 per sample. The DNA will be isolated and then run against the database of Yorkshire Terriers, Puggles and other breeds making up the dog population of Ipswich.

The total cost is expected to be in the $80,000 range to get the program up and running. This would be set off, however, by the $200 fine assigned to each owner who fails to do their duty when their dog does its duty! Of course, a few $200 fines will radically change the poop clean up conduct of people in the town, which means the expense may outreach any income the town gets from fines pretty quickly.

What do you think? Would you be willing to partake of such a plan in your town?