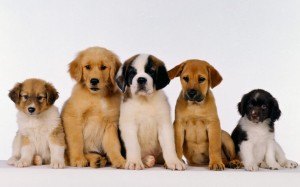 Up to now, puppy mills selling animals online were exempt from federal oversight because a provision in federal Animal Welfare Act regulations exempts breeders who sell directly to the public, which includes internet sales. As a result, according to the Human Society, there has been “a massive migration of breeders” that have centered their sales online to sidestep federal oversight.

The HSUS reports, “It was a circumstance ripe for fraud and misrepresentation. Internet sellers of puppies often displayed images of puppies frolicking in open fields. In reality, the dogs were languishing, crammed inside feces-encrusted cages, receiving no protection from the elements and no veterinary care whatever. And until the legal standard was modified, the federal government could not take action because none of these mills required federal licensing and inspection.”

Yielding to pressure from the animal advocacy groups, the USDA’s inspector general investigated and found extensive abuses prompting Congress to pass the Puppy Uniform Protection and Safety Act to close the loophole and hold all breeders accountable regardless of where they sold puppies. The ruling, which had strong bipartisan support, also covers cats, rabbits, and other warm-blooded animals.

While the new legislation will not close down puppy mills, it will make them accountable to federal inspectors and as such should improve the lives of countless animals.