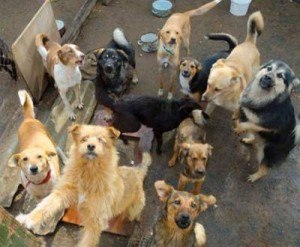 A small community in New York is at odds over an attempt to limit the number of pets, with dogs the implied target, a homeowner can have. The Village of Green Island, which has a population of 2,660 and is the smallest town by area in the state, recently held a public hearing over a proposed ordinance limiting the total number of pets per household to three. The law would also limit the number of pets to one in apartment buildings with four or more units. The law would grandfather in currently licensed animals.

Mayor Ellen McNulty-Ryan says, “We don’t have a problem with this in Green Island but there is the potential to have problems because there are no laws in place. We need to address the quality of life for the people in Green Island.” McNulty-Ryan also noted that the law would only affect residents if there was a complaint.

At the public hearing residents opposed to the proposed law argued that there were already laws about loud barking and other pet nuisances. According to the Saratogian, “Multiple speakers pointed out that cats would be hard to enforce since they are not licensed, and that landlords need to be more accountable. Many felt a worse problem was the quantity of dog poop found in yards and one resident said that was because there are no dog friendly parks in the village.”

No decision was made and the proposal has been tabled for further discussion.