Just as the courts have deemed racial profiling—deciding who is a potential threat simply based on ethnicity or nationality—as an affront to civil liberties, several states are reconsidering laws that restrict dog ownership based on breed.

Not surprisingly, breed-specific legislation (BSL) typically target pit bulls. Polls show 84 percent of respondents oppose the government dictating what breed of dog they can have as a pet. Other opponents of these laws include the American Bar Association, animal rescue groups, and the Center for Disease Control.President Obama has even gone on record stating the laws are by and large ineffective and don’t do what their stated purpose is: to improve public safety. In addition, he termed BSL a “waste of public resources.”

Seventeen states already have laws on the books that prevent municipalities from discriminating against dogs because of their breed. Maryland, Vermon 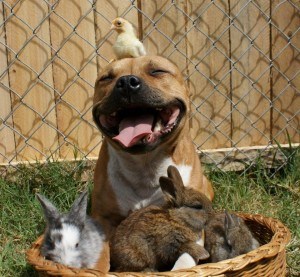 Ledy VanKavage, an attorney with Best Friends Animal Society believes the tide is turning because once the public became aware of these laws proliferating, they started speaking out—and taking action. The majority of dog owners view their dogs as members of the family. VanKavage says, “… more and more cities are getting sued. If a city tried to take my dog simply because of its breed, I’d lawyer up in a minute. In America, responsible dog owners should be able to have whatever breed of dog they choose.”

Kristen Auerbach, spokesperson for the Fairfax County Animal Shelter in Northern Virginia, believes repealing restrictions against pit bull ownership will help dispel misconceptions and spur adoptions. “People have heard the stories about beloved family dogs being taken from their owners in places where there are full bans on pit bulls. People don’t want to risk it. BSL… contributes to the overall perception of pit bulls as different, which inevitably works its way into the public conscience and effects adoptions, shelter policies, and even other public policy.”

A study published in the Journal of the American Veterinary Medical Association last December studied factors in 256 fatal dog attacks from 2000-2009 and found the main factors included lack of witness or bystander intervention and the dog having been abused by its owner. Breed was not deemed to be a significant contributing factor. More interesting, the study noted the breed of the attacking dogs could not be reliably determined in the majority of cases.