The Adelaide, Australia, City Council is exploring using dog waste to power the lights of its acclaimed North Adelaide Dog Park. A device called the Park Spark was invented by a Massachusetts Institute of Technology (MIT) graduate and first piloted in 2010 to power a lantern at a dog park near Boston. 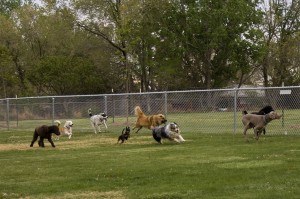 Owners pick up their dogs’ waste in biodegradable bags and then dispose of the bags into tanks where it is broken down by a wheel to release methane, which powers a gaslight-style street lantern. A Melbourne company called Poo Power is developing a three-tank system for feces-fueled biogas generation and storage to run park lights.

Adelaide city council recreation planner Ray Scheuboeck says Park Spark is a system whose time has come. “The park is very popular, so it would be great to turn something seen as a negative into a positive and achieve something the community wants. It’s exciting to look at turning it into a renewable energy resource.” Plus, he adds, “There’s obviously plenty [of potential fuel] being generated.”

The Friends of the North Adelaide Dog Park’s Facebook group has lobbied for lighting so Park Spark would kill tow practical birds with one environmental stone. Scheuboeck notes that if the idea turns out to be feasible he envisions the technology partially powering new lights in the Adelaide’s dog park, recently voted the country’s best by Leisure Australia.

Poo Power founder Duncan Chew believes biogas-fueled lighting using dog waste and food scraps could be used at schools, dog kennels, and other businesses. Would this make big dogs like the Bullmastiff or Great Dane more popular than your average Yorkie?!