New Legislation in Amherst Will Crack Down on Puppy Mills

The Amherst, New York, is drafting legislation that would make the town one of the first municipalities in the state to establish more oversight of pet dealers in an effort to crack down on local stores selling “puppy mill” pets.

All across the United States animal advocates have urged local, state, and federal lawmakers to pass tougher regulations on pet dealers who obtain dogs from puppy mills. Animal rights groups claim disreputable puppy mills subject animals to what is essential a torturous life by raising them in cramped cages with minimal contact and breeding the dogs as much as possible. In addition, the puppies are not properly cared for so the puppies often arrive at the store sick. Only after getting them home do consumers discover the animal is sick resulting in expensive vet bills—or worse, the animal dies.

Amherst council member Mark A. Manna says, “We took a giant first step, but the real fight is how strong a local law we can make.” 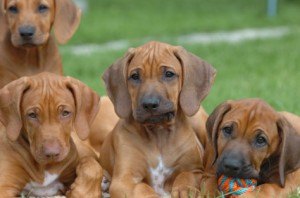 Manna and Supervisor Barry A. Weinstein each introduced resolutions proposing more oversight of local pet dealers, but there’s a question about how restrictive the law can be. According to Weinstein, Amherst can’t identify what dogs are coming from healthy and safe environments and which ones are coming from puppy mills.

Manna says he tried to introduce legislation banning the retail sales of puppies in Amherst three years ago but at the time there was no state statute allowing it. However New York Gov. Andrew M. Cuomo recently signed a law giving municipalities the right to enact their own rules to regulate pet dealers and puppy mills. However, the legislation stipulates those rules cannot ban sales if the animals are properly treated and raised.

Even so, animal rights advocates consider the state law an important win. Jeanette Dickinson, from the New York State Citizens against Puppy Mills told the Amherst city council: “You told us before to go to Albany, which seemed insurmountable, but we did.”

The Town Attorney’s Office was expected to work with advocacy groups on the new legislation.

Another Step Toward Eliminating Puppy Mills