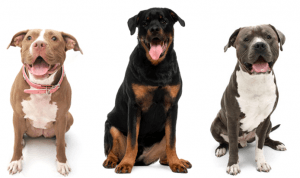 The Dog Lover in Chief has come out against breed-specific legislation that would restrict ownership of dogs by breed. The target of the legislation is primarily pit bulls. Such bills have surfaced in the past, and no less than the American Bar Association has spoken out against them, saying it would simply hurt families, dogs, and even the economy while doing little if nothing to improve the situation with dog incidents.

The Centers for Disease Control and Prevention has also spoken against breed restrictions:

“Research shows that bans on certain types of dogs are largely ineffective and often a waste of public resources … As an alternative to breed-specific policies, the CDC recommends a community-based approach to prevent dog bites. And ultimately, we think that’s a much more promising way to build stronger communities of pets and pet owners.”

Lisa LaFontaine, president of the Washington Humane Society, said, “The White House is such a bully pulpit for important issues. For them to come down against this type of discrimination I think will give pause to any communities that are thinking about putting something like this in place.”

In its statement, the White House notes:

“In 2000, the Centers for Disease Control and Prevention looked at twenty years of data about dog bites and human fatalities in the United States. They found that fatal attacks represent a very small proportion of dog bite injuries to people and that it’s virtually impossible to calculate bite rates for specific breeds … The simple fact is that dogs of any breed can become dangerous when they’re intentionally or unintentionally raised to be aggressive.”

The statement concludes calling the CDC’s approach “a much more promising way to build stronger communities of pets and pet owners.”

Animal advocates, currently working to overturn various municipal or county breed restriction legislations presently in effect, believe the White House stance will help their cause.  We at Animaroo agree with this assessment. Even dogs “known” for being aggressive can make great pets if raised correctly. If a dog is taught to be aggressive, that is the fault of the owner and not the dog. Conversely, pit bulls and rottweilers can make fabulous pets for a family if socialized early as puppies and trained correctly.