They may be the ultimate animal kingdom odd couple: a formerly-abused German Shepherd and a cranky goose. But they prove that it’s not just humans who can find their soul-mate. 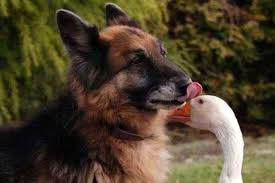 Rex the shepherd was rescued at three years old after spending his life chained up at a junk yard. Aggressive and unapproachable, his first rescue shelter deemed him beyond rehabilitation and recommended euthanasia. Puriton Horse and Animal Rescue in Somerset, England, stepped in. The goal of this rescue group is to end suffering in the animal world while providing a home for nearly any domesticable animal with four legs.

Rex spent the next eight years at Puritan Rescue, still emotionally unreachable and untrainable. Everything changed when he met a goose named Geraldine. Instead of seeing Geraldine as a potential snack, Rex seemed to like the goose with a bad attitude. Just as surprising, Geraldine warmed to Rex, to the point of chasing off Rex’s canine friend Vera.

As surprising as it sounds, Rex and Geraldine now are inseparable. They have meals together, sleep together, go on walks together, and even play together. All of which are things they would never do with other animals.

Sheila Breslin from Puritan Rescue reports, “They are very affectionate and he’s always licking her head…She rests her head on his side to cuddle him. It’s really sweet. They’re best friends and they rule the garden.”

Vera has become the odd-dog out since the goose arrived. She keeps her distance from the unbelievable possessive Gertrude. However, the staff showers her with even more attention so it’s a win-win-win.

Breslin admits, “I’ve been doing rescue work since 1997 and seen all kinds of strange animal behavior, but I’ve never seen anything like this.” 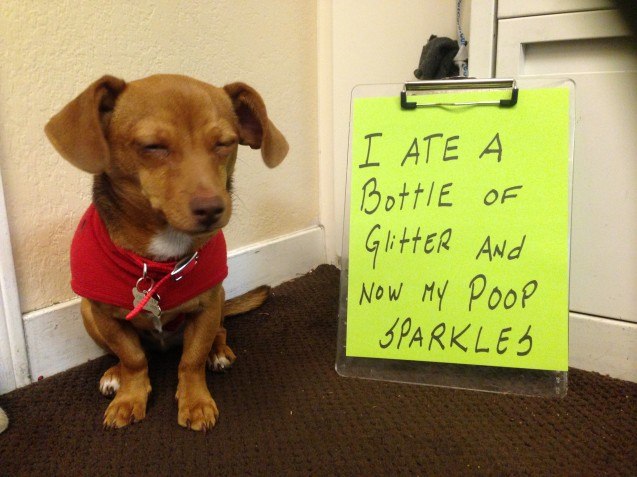