Ever wonder what your English Bulldog is barking at you? Soon you might be able to tell. A group of Scandinavian inventors claim that they are close to developing a dog-to-English translator called “No More Woof.” The Nordic Society for Invention and Discovery says that the prototype can analyze a dog’s thought process and tr 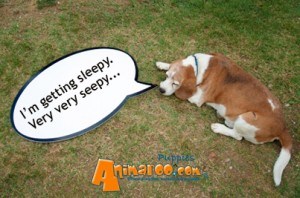 anslate it into the English language.

The release date for this new invention is planned for April 2014. Interpretations such as “I’m tired”, “I’m excited”, and “Who are you?” can be expected. It’s hard to say if this device will improve communication with our dogs. As most dog owners can attest, as far as communication that a dog is excited, tired or unfamiliar with a person goes, we are already fluent.

What do you think about this new invention? Will it be as great as some are hoping? Sounds like something out of the movie “UP!”

Golden Retrievers and the Couch of Paradise