A group of dog breeders are filing a lawsuit to stop the implementation of a new rule from the United States Department of Agriculture designed to crack down on online puppy mills. The rule was established to close a loophole that denied any federal oversight under the Animal Welfare Act over puppy mills operating online. Breeders selling directly to consumers over the Internet weren’t regulated the way pet stores were, so unscrupulous breeders were able to operate with impunity. 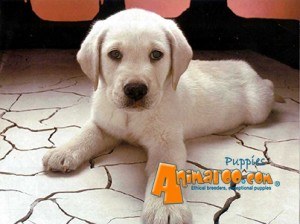 Unlike ethical, responsible breeders, many puppy mill owners fail to provide basic medical care. Puppy mill dogs and puppies are often afflicted with various diseases and live in squalid conditions. There is also the possibility that the puppies do not meet breed specifications. They may also carry genetic conditions that could be passed through the breed if those puppies mate when older. The goal of the USDA rule was to make sure breeders selling online conformed to the rules and standards and properly cared for the dogs.

In response, commercial puppy breeders have filed suit in federal court challenging a critical regulation aimed at cracking down on large-scale puppy mills. The Humane Society says of the legal move, “The lawsuit makes clear that some commercial dog breeders would prefer to avoid compliance with even the very basic standards of care required by the Animal Welfare Act.”

The Humane Society announced it planned to join with the government in defending what they deem is a “common-sense regulation.”

The Humane Society also reports, “It affords some protection to tens of thousands of dogs suffering in substandard, filthy, and overcrowded cages, often for the duration of their lives. The federal rule levels the playing field between large-scale dog breeders that sell puppies directly to the public and through websites, which were previously unregulated with no standards at all, and those that sell dogs wholesale to pet stores, which already were licensed and inspected under the Animal Welfare Act.”

Another Step Toward Eliminating Puppy Mills

Ohio’s New Regulations Aim to Crack Down on Puppy Mills