A lawmaker in York County, Pennsylvania, has introduced legislation that would require pet store owners that sell Cocker Spaniels, Boxers, Labradoodles or really any kind of puppies to provide information about the dog’s background such as medical records. The bill’s proponents also want the breeder’s name added to the requirements, arguing it is integral in order to tracing a dog’s background.

If the bill, sponsored by Rep. Kevin Schreiber, passes it would make Pennsylvania one of the leading states when it comes to the transparent sale of puppies in pet stores. Current state law mandates no requirement of information and customers buying puppies are lucky to get any information even after buying their new pet. Representative Schreiber describes the new bill as being “like Carfax for dogs.” 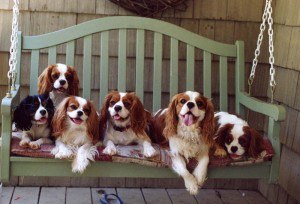 Schreiber says he was inspired to sponsor the legislation because of a past experience when buying a Cavalier King Charles Spaniel in Maryland. He was assured the puppy came from a reputable breeder, but the dog was sick. He eventually discovered the puppy came from a Midwestern puppy mill that federal authorities had cited many times for violations of the Animal Welfare Act.

Schreiber says the point of the bill is “to provide consumers with valuable information to help them make better-informed decisions regarding the purchase of a dog, the legislation that I will be introducing would require pet shops to display information regarding the dog, including the breed, age, and date of birth of the dog, the state in which the breeder of the dog is located, breeder licensing information, and any documentation of inoculations, worming treatments, and other medical treatments.”