Zoos Use Beagle as a Pregnancy Test

A trainer in S 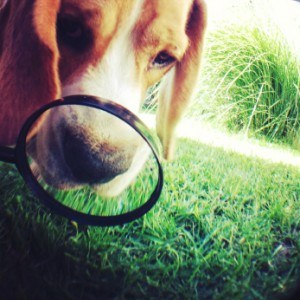 hawnee, Kansas, has successfully trained a dog to literally sniff out pregnant polar bears. Zoos across the United States are now using Elvis the Beagle to help with their breeding programs.

Polar bear experts say that early confirmation of pregnancy is important, especially with the endangered polar bears. Early detection helps zoo vets and workers better prepare the expecting mama bears for giving birth and successfully raising her cubs. For example, once pregnancy is confirmed, the female is separated from males. She is provided a den with extra bedding, and is more closely monitored, both via video-cam and by her human handlers.

Cincinnati Zoo animal conservationist Erin Curry came up with the idea of a bear sniffing dog after reading some studies that used dogs such as Spaniels to detect cancer. Matt Skogen, a former police officer who runs Ironheart High Performance Working Dogs, was intrigued by the idea. He agreed to test whether a dog could be trained to detect proteins present only in pregnant bears’ samples.

His initial plan was to use a Border Collie but it soon became clear that Elvis, a two-year-old beagle, was a natural. Skogen says, “He was very methodical. You could tell he was really running it through the think tank.”

After just a few months of training, Elvis participated in a test run. He was able to identify samples from previously pregnant bears with almost perfect accuracy. This prompted fourteen zoos to send Skogen samples for Elvis to inspect.

Polar Bears International says zoo bears can play an important role in keeping the species alive. Every part of the program, even a pregnancy sniffing beagle, is valuable and worth pursuing. Spokeswoman Barbara Nielsen adds: “They serve as ambassadors for their species, and there are studies that can be done in zoos that would be impossible in the wild.”

Cute Puppy Video Of The Week – The Howling Beagle